Nate Mitchell (an amazing attraction designer) reached out to me to help him build a prop for his local theater. Needless to say, I immediately agreed.

But, after realizing I only had about five nights to get this done, I almost started regretting my decision.

The task was to create an RC-Controlled rose prop that allows the stage hand to control each petal with a complimentary cascading light effect.

I decided to use an Arduino Nano due to its low profile and high I/O. The Arduino alone cannot provide enough current & voltage to drive multiple servos. So, I chose a PWM driver from Adafruit to drive both Servos and Ultra-bright LEDS.

The RC controls were not 1:1 like you normally see. The Arduino monitored the stick positions and fired functions based on specific positions for each stick. 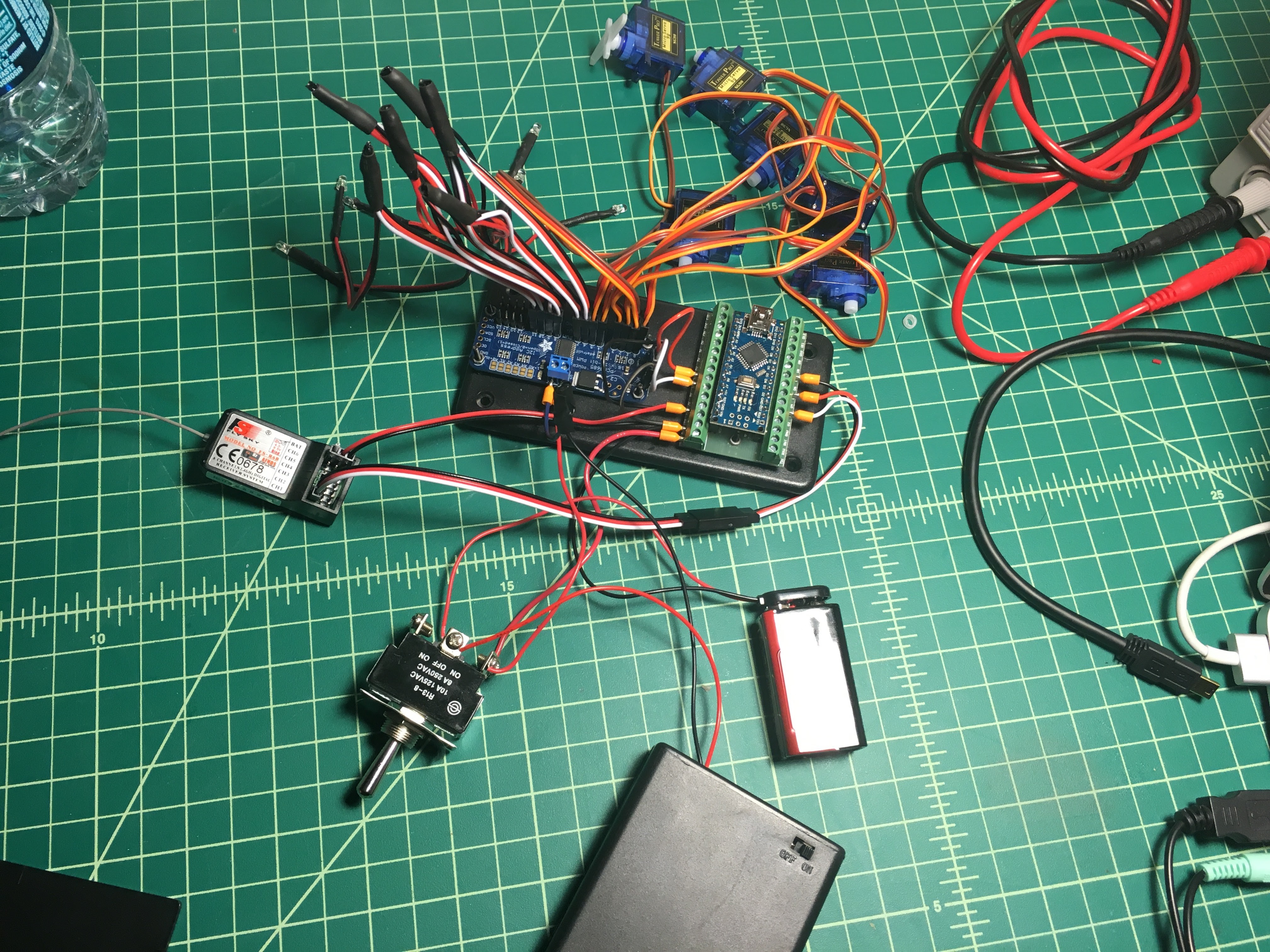 This was the first iteration, the second will have the fiber optics installed.

Regardless, it came out great and was a blast to build!