Transworld is a yearly haunted house convention held in St. Louis, Missouri. Vendors from all over the world come to sell, and every major haunted house is there to buy. Haunted houses are rarely seen promoting themselves, let alone at a global convention with no real product and nothing but an obscure message. 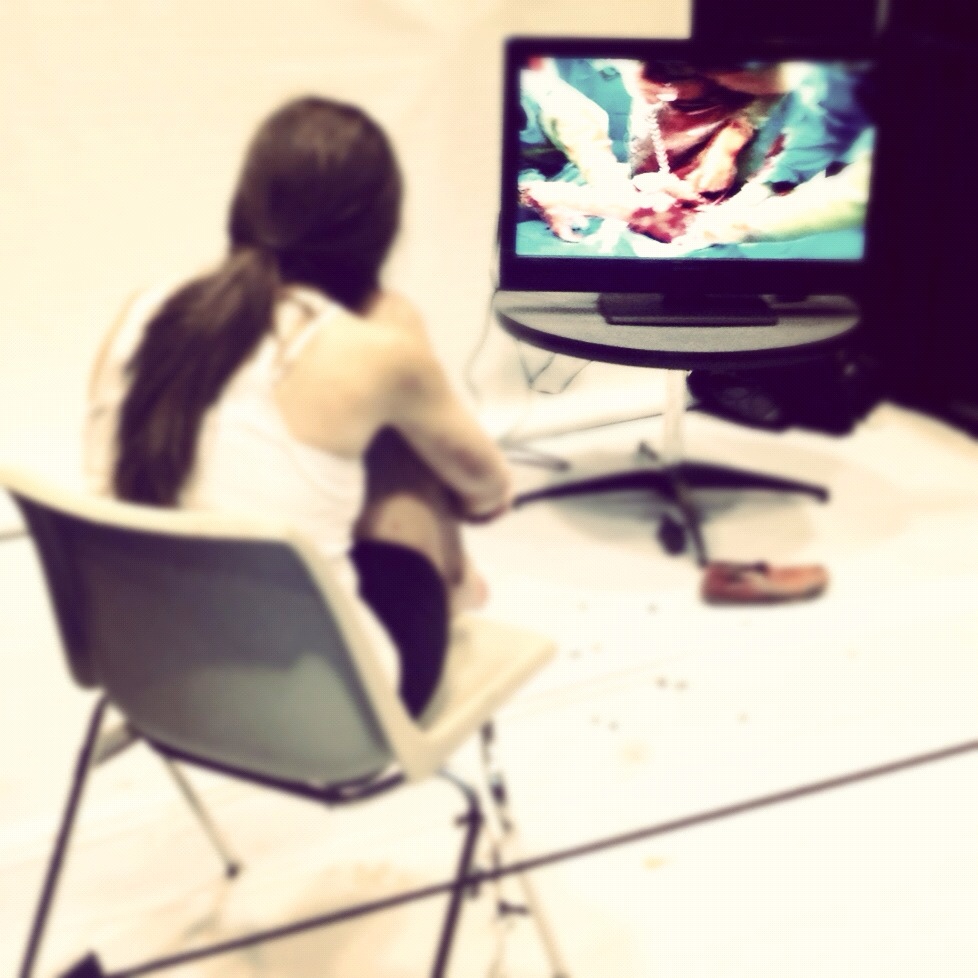 Sadly, I won't be attending Transworld 2014, breaking my solid 5-year streak. However, today I was going through old footage and was reminded of a time lapse video I shot of Blackout's 2012 booth.

Blackout is a very 'extreme' haunted house with locations in NYC & LA. Their booth stirred a lot of commotion from both vendors and buyers. A huge mix of emotions were had. Passersby were angry, disgusted, confused, and possibly aroused. People couldn't grasp exactly what this booth was trying to achieve.

The booth itself was simple, yet perfect. A female actor was made to look very disheveled and emaciated. A TV was carefully placed in the rear corner where she watched the birth of a calf on a grainy '90s VHS. Needless to say, it was the talk of the convention.

Having a background in advertising and a previous knowledge of Blackout, it clicked immediately. Blackout was trying to define a presence in the haunt community. When I would mention visiting Blackout to other haunt owners they would all shake their heads stating it was merely a fad, or that the city was going to shut them down. "They won't last more than a couple years." This is when Blackout had only one location.

I originally met Josh Randall, the co-owner of Blackout, at his attraction in NYC. When approaching his booth I spotted him hiding in the crowd, watching people's various reactions. Wanting to take observations one step further, I mentioned my curiosity in seeing how his actress would look time-lapsed while simultaneously filming reactions(in 1080p). He seemed equally interested and gave me the OK to film his booth for the next 6 hours on my GoPro. After watching the footage it was incredible to see how well the actress could slowly transition positions.

To this day I still keep coming back to this video- partly out of admiration & awe, and partly because I won't be attending Transworld this year. Regardless, the art of the haunt is changing, and I can't wait to see what's in store.